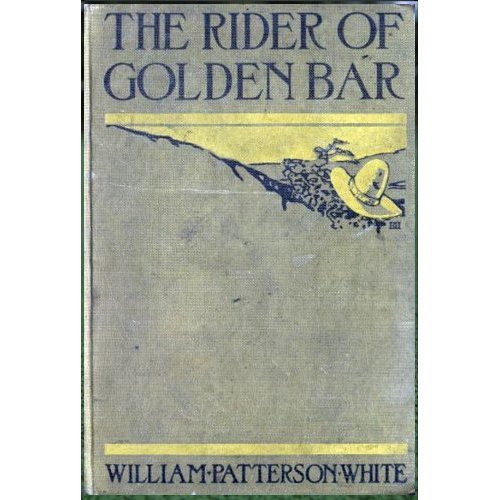 The Rider of Golden Bar
by William Patterson White

Description:
Spirited story, full of action, which should please readers of western fiction. The hero, who is elected sheriff on the supposition that he is lazy and easy-going, proves an unpleasant surprise to the corrupt ring that had supported him.

The Mark of Zorro
by Johnston McCulley - Grosset & Dunlap
Novel narrates the adventures of a young man of the Californian aristocracy called Don Diego De la Vega, a young nobleman, son of a Spanish landowner, who lived in the then town of Los Angeles, in old Spanish California of the early 1800s.
(711 views)

Dust of the Desert
by Robert Welles Ritchie - Dodd, Mead and Co.
Full story of the Lost Mission de los Cuatros Evangelistas: how the baleful spell of its green pearls of the Virgin worked upon the fortunes of the House of O'Donoju and how the last of that house wrought expiation for the sin of a forbear ...
(6239 views)

The Devil's Justice
by Chad Cull
When Jace Carlin's family is killed by drunken marauders, he goes on a quest for vengeance until he settles the score. With his mission complete, he finds no satisfaction. He is alone and haunted by the violence and killing he has left behind him.
(7508 views)

Cabin Fever
by B.M. Bower
If you would test the soul of a friend, take him into the wilderness and rub elbows with him for five months. Either you will hate each other forever afterwards, or you will be close, unquestioning friends to the end of your days...
(5698 views)