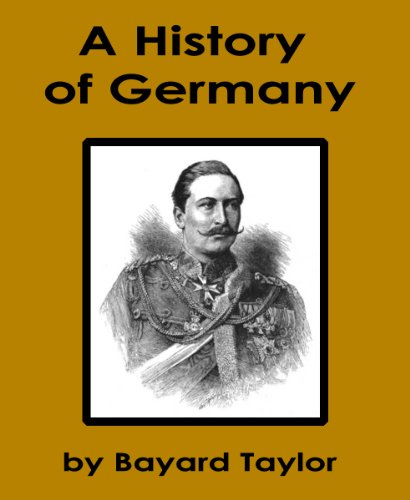 A History of Germany
by Bayard Taylor

Description:
My aim has been to present a clear, continuous narrative, omitting no episode of importance, yet preserving a distinct line of connection from century to century. Besides referring to all the best authorities, I have based my labors mainly upon three recent German works.

Age of Enlightenment
- Hourly History
From its beginnings as a loosely definable group of philosophical ideas to the culmination of its revolutionary effect on public life in Europe, the Age of Enlightenment is the defining intellectual and cultural movement of the modern world.
(3996 views)

Nuremberg: The Last Battle
by David Irving - Focal Point Publications
This book is an intimate look at the origins and conduct of the first post-war trial of major war criminals held at Nuremberg from 1945 to 1946. It has as its nucleus a series of articles which the author wrote in the late 1960s.
(15428 views)

Early European History
by Hutton Webster - D.C. Heath & Co
This book gives a concise account of human progress during ancient, medieval, and early modern times. It should meet the requirements of those high schools and preparatory schools where ancient history is being supplanted by a more extended course.
(11903 views)