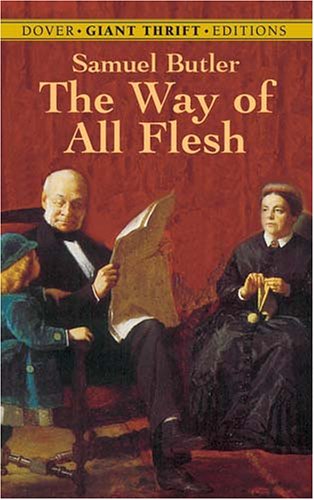 The Way of All Flesh
by Samuel Butler

Description:
A semi-autobiographical novel that attacks Victorian era hypocrisy as it traces four generations of the Pontifex family. Butler dared not publish it during his lifetime, but when it was published, it was accepted as part of the general revulsion against Victorianism.

The Isle of Unrest
by Henry Seton Merriman - Smith, Elder & Co.
The afternoon sun was lowering towards a heavy bank of clouds hanging still over the Mediterranean. A mistral was blowing. The last rays shone fiercely upon the towering coast of Corsica, and the windows of the village of Olmeta glittered like gold.
(4418 views)

Men in War
by Andreas Latzko - ManyBooks
An Austrian officer pictures war as a sickening horror and an exploitation of the poor. Its sordidness being entirely unrelieved by any ideal of patriotism, it may tend to leave an impression of the utter unjustifiability of either side of the war.
(5296 views)

The Last Stoic
by Morgan Wade - Smashwords
This is a story about appetite and fear, both modern and ancient. Half of the story's narrative occurs in the time and place of the ancient Roman Empire; the other half occurs in the present-day United States, alternating from chapter to chapter.
(5679 views)

You Can't Go Home Again
by Thomas Wolfe - Harper & Brothers
A twentieth-century classic, Wolfe's magnificent novel is both the story of a young writer longing to make his mark upon the world and a sweeping portrait of America and Europe from the Great Depression through the years leading up to World War II.
(6164 views)