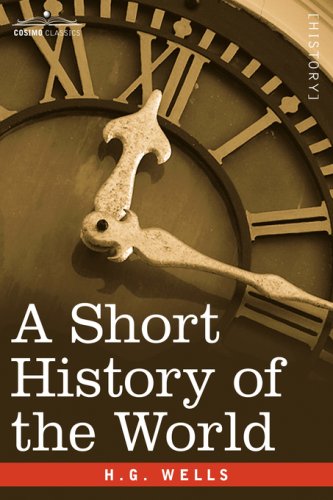 A Short History of the World
by H. G. Wells

The History of the Devil
by Daniel Defoe - Project Gutenberg
Containing a State of the Devil's Circumstances, and the various Turns of his Affairs; from his Expulsion out of Heaven, to the Creation of Man; with Remarks on the Several Mistakes concerning the Reason and Manner of his Fall.
(12066 views)

A Psychological Analysis of Adolph Hitler: His Life and Legend
by Walter C. Langer - National Archives of the US
What did they know about Adolph Hitler when they were planning D-day? This is a psychological profile produced in 1943 by the O.S.S. (forerunner to the C.I.A.) used to help the Allied commanders understand the Nazi leader.
(14901 views)

Titanic: The Story about the Unsinkable Ship
by Henry Freeman - Hourly History
Since Titanic sank to the bottom of the Atlantic ocean, the disaster has captivated history buffs and non-history buffs alike, and it is easy to see why. Some of the most illustrious people of the day were on board: some survived, and some did not.
(16557 views)