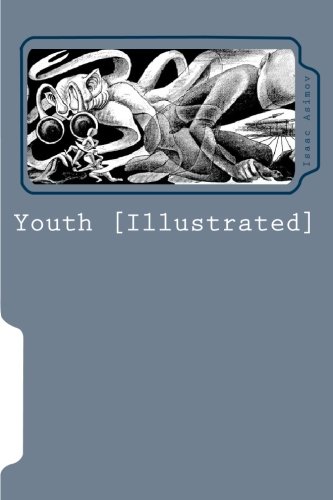 Description:
Youth is a science fiction short story by Isaac Asimov. It first appeared in the May 1952 issue of Space Science Fiction and was reprinted in the 1955 collection The Martian Way and Other Stories. Youth is one of the rare Asimov stories with alien characters.

The Truth Stone
by CL Sumruld - Smashwords
Satellite research by the World Creationist Society detects a strange geological anomaly in Crab Orchard, Tennessee. A crew of zany Tennessee hillbilly rock pickers are slabbing sandstone in a quarry where even the goats start acting strange.
(8916 views)

Down and Out in the Magic Kingdom
by Cory Doctorow - Tor Books
A wholly original mix of a science fiction book and a satire. Jules is 10 year old young man, he's old enough to see the cure for death, to learn 10 languages and compose 3 symphonies, and he takes up residence in Disney World.
(10878 views)

A Vested Interest
by John and Shelia Chapman - Smashwords
When Donna Rigden gets fed up with her job at D'Netics Research Facility she resigns. Big mistake! Donna is now on the hit list of one of the most notorious men in the corporate US. He has no morals and doesn't accept 'No.' ...
(7995 views)