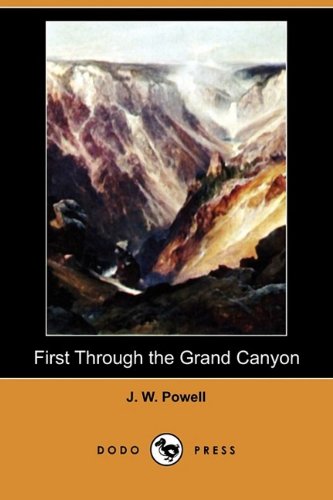 First Through the Grand Canyon
by John Wesley Powell

Description:
John Wesley Powell (1834-1902) was a U. S. soldier, geologist, and explorer of the American West. He is famous for the 1869 Powell Geographic Expedition, a three-month river trip down the Green and Colorado rivers that included the first passage through the Grand Canyon.

The Great Navigators of the Eighteenth Century
by Jules Verne - Duckworth Publishers
Verne recounts the voyages of various European navigators to all parts of the globe. He gives detailed accounts of the explorers' climactic and navigational hazards, and their discoveries, conveying the sense of adventure enjoyed by the explorers.
(13650 views)

A General History of all Voyages and Travels
by Du Perier - Curll
Travels throughout the world, from the first ages to this present time, illustrating both the ancient and modern geography, containing an accurate description of each country, its natural history and product, religion, customs, manners, trade, etc.
(10322 views)

The Man-Eaters of Tsavo
by J. H. Patterson - Macmillan and co
The book details the author's adventures in East Africa at the turn of the century. His story is riveting: Petterson single-handedly tracked and killed the lions that devoured 28 of his Indian workers as well as countless African natives.
(16783 views)