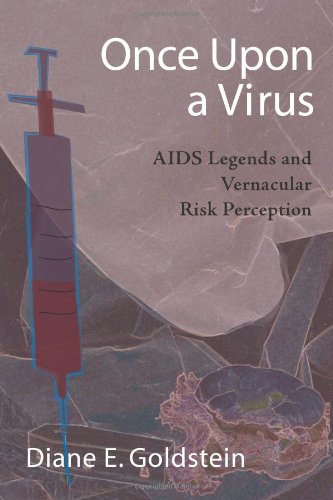 Once Upon a Virus: AIDS Legends and Vernacular Risk Perception
by Diane E. Goldstein

Description:
Tracing the rich tradition of AIDS legends in relation to current scholarship on belief, Diane Goldstein shows how such stories not only articulate widespread perceptions of risk, health care, and health policy, they also influence official and scientific approaches to the disease and its management. Notions that appear in narratives of who gets AIDS, how and why, are indicators of broad issues involving health beliefs, concerns, and needs.

HIV Mental Health for the 21st Century
by Mark G. Winiarski - New York University Press
This volume provides a roadmap for mental health professionals who seek to develop new strategies aimed at increasing the longevity and quality of life for people living with HIV/AIDS, as well as at controlling the future spread of the disease.
(3548 views)

AIDS Prevention
by Jean-Michel Lebrun - Eurobarometer
The HIV/AIDS epidemic has been a key focus for public health recently. In recent years, concerns have been raised in the EU about the threat of a new epidemic. The rate of new infections in some European countries is amongst the highest in the world.
(10124 views)

Retroviruses
by John M. Coffin, Stephen H. Hughes, Harold E. Varmus - Cold Spring Harbor Laboratory Press
A bible of retro virology. The first part of the book deals primarily with viral structure, function, and replication; the second with the interplay between the virus and the host, focusing primarily on the effects of the virus on the host.
(14440 views)

Understanding and Preventing AIDS
by Chris Jennings - Health Alert Communications
The book answers virtually any question one might have concerning HIV/AIDS by describing the virus, how it infects the blood cells, the mechanics of transmission, where the virus is found and how it can be transmitted from one person to another.
(3924 views)