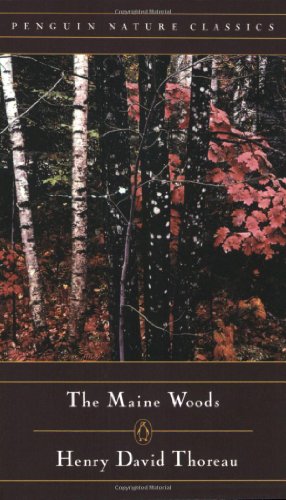 Description:
Over a period of three years, Thoreau made three trips to the largely unexplored woods of Maine. He climbed mountains, paddled a canoe by moonlight, and dined on cedar beer, hemlock tea and moose lips. Thoreau captured a wilder side of America and revealed his own adventurous spirit.

A Lady's Life in the Rocky Mountains
by Isabella Bird - University of Nevada
In 1872, Isabella Bird set off alone to the Antipodes and found she had embarked on a life of adventurous travel. This volume tells of magnificent, unspoiled landscapes and abundant wildlife, of encounters with rattlesnakes, wolves, and pumas.
(9566 views)

What Bird is That?
by Frank M. Chapman - D. Appleton & co
A pocket museum of the land birds of the eastern United States arranged according to season. The birds are drawn and reproduced with such accuracy that no essential detail of color or form is lost. They are all drawn to nearly the same scale.
(12172 views)

A Bicycle Tour Of Northern Sweden And Finland And Norway
by Tomas Carlsson - Smashwords
This travelogue is a collection of my notes from a bicycle tour in northern Sweden, Finland and Norway, in the land of midnight sun and mosquitoes. It can be read as information about bicycle touring or traveling in northern Scandinavia in general.
(6843 views)