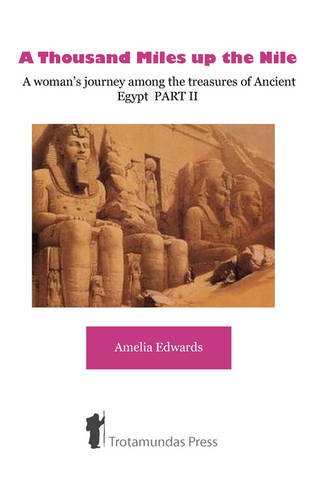 A Thousand Miles up the Nile
by Amelia B. Edwards

Description:
Traveling by dahabiah, a well-appointed sailing craft peculiar to the Nile, and armed with sketch-book and measuring tape, Amelia Edwards carefully recorded all she saw of the temples, graves, and monuments - even discovering a buried chapel of her own - and provided in A Thousand Miles Up The Nile the first general archaeological survey of Egypt's ruins.

The Heart of Arabia: A Record of Travel and Exploration
by H. St. J. B. Philby - Constable & Co.
Of the pleasant year I spent sojourning and wandering amid the deserts and oases of Arabia I have endeavoured to compile a record, at once fully descriptive of my own experiences and designed to serve my successors as a guide in their wanderings.
(7279 views)

First footsteps in East Africa
by Richard Burton - J. M. Dent
An extraordinary document of travel into one of the blank areas on the map by a true renaissance man. Its a true adventure story about how far a man can go on a combination of intellect and raw courage. The adventurer and explorer at his best.
(11311 views)

The Voyages of Captain Scott
by Charles Turley - Dodd, Mead and Company
Scott led an expedition to the Antarctic. They reached the South Pole in 1912, to find that they had been preceded by Roald Amundsen in a race for the Pole. On their return Scott and his comrades perished because of extreme cold and exhaustion.
(8575 views)

In the South Seas
by Robert Louis Stevenson - Scribner
In his book Stevenson gives an accurate and in depth look into the people and culture of the islands of the South Pacific. The book describes the author's two year journey from the Marqueses Islands, to Tahiti, then Honolulu, and finally Samoa.
(11305 views)