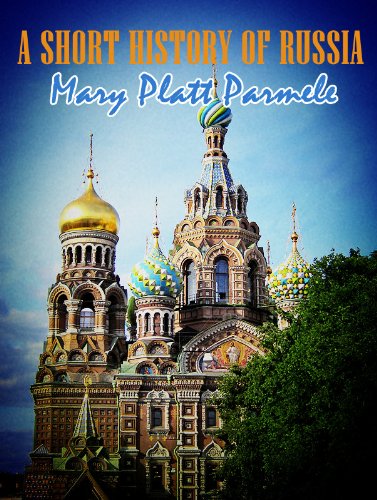 A Short History of Russia
by Mary Platt Parmele

Description:
The book gives a good overview of the history of social and political life in the Russia from the earliest times to about the turn of the 20th century. Author's style is a flowing narrative that ties together the various historical events of the country in easy to read, comprehensive text, tempered as it were by prevailing social views.

A History of Spain
by Charles E. Chapman - The Macmillan Company
The present work is an attempt to give in one volume the main features of Spanish history from the standpoint of America. It should serve almost equally well for residents of both the English-speaking and the Spanish American countries.
(8401 views)

The Young Hitler I Knew
by August E. V. Anderson - Houghton Mifflin Company
An extraordinary memoir by a man who actually met Hitler in 1904. Their passion for music created a friendship, and a roommate situation. This book deals with the darkest, perhaps the most formative, and the most interesting period of Hitler's life.
(17627 views)

The Loss of the S.S. Titanic: Its Story and Its Lessons
by Lawrence Beesley - Houghton Mifflin
Lawrence Beesley boarded the Titanic to go for a holiday in the States. His account of the epic disaster is widely regarded as one of the fairest and most comprehensive of its kind. Full of nautical detail and written with a hair-raising clarity.
(14961 views)

The personality cult of Stalin in Soviet posters, 1929-1953
by Anita Pisch - ANU Press
This book is the first dedicated study on the marketing of Stalin in Soviet propaganda posters. Drawing on the archives of libraries throughout Russia, hundreds of previously unpublished posters are examined, with more than 130 reproduced in colour.
(5005 views)