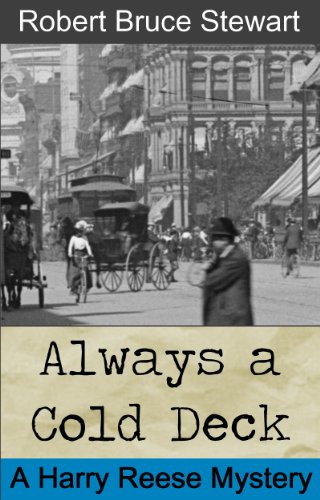 Description:
In July 1900, Harry Reese is sent to Buffalo, New York, to look into a fire that has destroyed a grain elevator. But when Harry uncovers a smuggling operation, the case morphs into something more serious. Trains and steamships feature prominently as he crosses into Canada and back, accompanied by a curious young woman.

The Mysterious Affair at Styles
by Agatha Christie - Project Gutenberg
The heiress of Styles has been murdered, dying in agony from strychnine slipped into her coffee. There are plenty who would gain from her death: the financially strapped stepson, the gold digging younger husband, and an embittered daughter-in-law.
(11875 views)

Final Proof
by Rodrigues Ottolengui - G.P. Putnam's Sons
These stories are worked out with great ingenuity, and will interest all who enjoy following the devious ways of the students of crime as fine art. Contents: The Phoenix of Crime; The Missing Link; The Nameless Man; The Montezuma Emerald; etc.
(6757 views)

When Thief Meets Thief
by Harry Stephen Keeler - ManyBooks
Tillary Steevens, novelist, stole the plots of all the stories that brought him fame. Jerry Hammond, rightful owner of the said plots, was driven by fate to making a living as a cracksman, after he had undergone a bewildering series of adventures.
(8022 views)

A Dream of Death
by Harrison Drake - Smashwords
As a serial killer terrorizes the area surrounding London, Canada, Detective Lincoln Munroe finds himself at a standstill waiting for the perfect killer to make his first mistake. Lincoln is haunted by dreams of discovering skeletal remains ...
(7757 views)