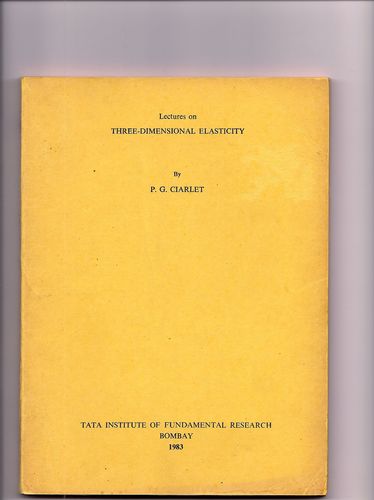 Navier-Stokes Equations: On the Existence and the Search Method for Global Solutions
by Solomon I. Khmelnik - MiC
In this book we formulate and prove the variational extremum principle for viscous incompressible and compressible fluid, from which principle follows that the Navier-Stokes equations represent the extremum conditions of a certain functional.
(8186 views)

Lie Theory and Special Functions
by Willard Miller - Academic Press
The book studies the role played by special function theory in the formalism of mathematical physics. It demonstrates that special functions which arise in mathematical models are dictated by symmetry groups admitted by the models.
(10944 views)

An Introduction to Topos Physics
by Marios Tsatsos - arXiv
The basic notion of how topoi can be utilized in physics is presented here. Topos and category theory serve as valuable tools which extend our ordinary set-theoretical conceptions, can give rise to new descriptions of quantum physics.
(7974 views)