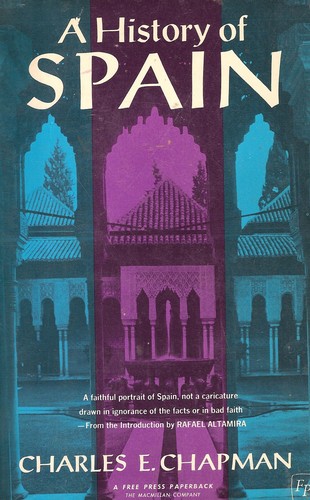 A History of Spain
by Charles E. Chapman

Description:
The present work is an attempt to give in one volume the main features of Spanish history from the standpoint of America. It should serve almost equally well for residents of both the English-speaking and the Spanish American countries, since the underlying idea has been that Americans generally are concerned with the growth of that Spanish civilization which was transmitted to the new world.

Rapunzel's Children: The making of democracy in Germany
by Tim Mellage - Smashwords
The book provides a fascinating method to understanding the social developments of Germany over the past five hundred years -- starting with the Reformation of 1517, to the modern democratic state today -- based on the symbols from the fairy tale.
(6366 views)

Europe in the Sixteenth Century 1494-1598
by A. H. Johnson - Rivingtons
A singularly clear, thorough, and consistent account of the great movements and great events of the time. Mr. Johnson was well known as one of the most experienced and successful teachers of history at Oxford, and the book has all the merits...
(8742 views)

A Source Book for Mediaeval History
by E.H. McNeal, O.J. Thatcher - Charles Scribner's Sons
Our purpose in general has been to present material touching only the most important matters of the whole medieval period. We have tried to offer in usable form illustrative material which may be of service to both teacher and student.
(7232 views)

The Young Hitler I Knew
by August E. V. Anderson - Houghton Mifflin Company
An extraordinary memoir by a man who actually met Hitler in 1904. Their passion for music created a friendship, and a roommate situation. This book deals with the darkest, perhaps the most formative, and the most interesting period of Hitler's life.
(17256 views)