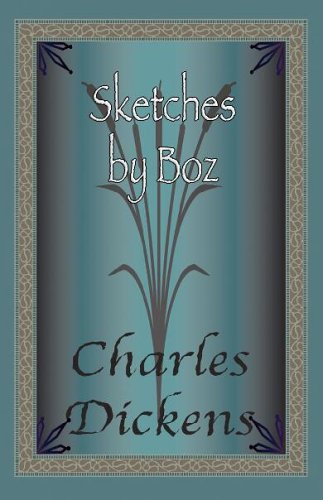 Sketches by Boz
by Charles Dickens

Description:
Sketches by Boz collected a rich and strange mixture of reportage, observation, fancy and fiction centred on the metropolis. It was Dickens's first book, published when he was twenty-four, and in it we find him walking the London streets, in theatres, pawnshops, law-courts, prisons, along the Thames, and on the omnibus, missing nothing, recording and transforming urban and suburban life into new terrain for literature.

Hard Times
by Charles Dickens - Charles Scribner's Sons
Dickens' satire on the Victorian family and the society which sought to turn men into machines. Louisa and Tom Gradgrind have been harshly raised by their father, an educator, to know nothing but the most factual, pragmatic information.
(16670 views)

Martin Chuzzlewit
by Charles Dickens - Project Gutenberg
Martin Chuzzlewit is an apprentice architect who is fired by Seth Pecksniff and is also disinherited by his own grandfather. Martin travels to the US, where he is swindled by land speculators and has other unpleasant but sometimes comic experiences.
(9471 views)

Oliver Twist
by Charles Dickens - Dutton
One of Dickens's darkest novels, dealing with kidnapping, burglary, child abuse, and murder. Alongside this gallery of horrors are the corrupt and incompetent institutions set up to address social problems and instead making them worse.
(11409 views)