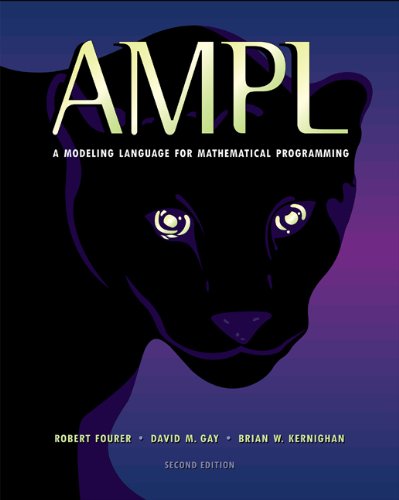 Description:
AMPL is a language for large-scale optimization and mathematical programming problems in production, distribution, blending, scheduling, and many other applications. This book, written by the creators of AMPL, is a complete guide for modelers at all levels of experience.

COBOL: A self-instructional manual
by James A. Saxon - Prentice-Hall
The COBOL system was developed to produce an English-like programming language which can be used on many different types of data processing systems. This manual has been developed to teach the beginner the fundamentals of COBOL programming.
(15555 views)

Programming Languages at a Glance
by Andreas Hohmann - Minimal Programming
This book tries to explain a number of programming languages, covering a wide range from currently popular ones such as Java, Perl, Python, and C# to less known languages. When describing the languages, I want to find out what they have in common.
(13847 views)

F# Programming
- Wikibooks
The F# programming language is part of Microsoft's family of .NET languages. F# is valuable to programmers at any skill level; it combines many of the features of functional and object-oriented programming styles into a uniquely productive language.
(5531 views)