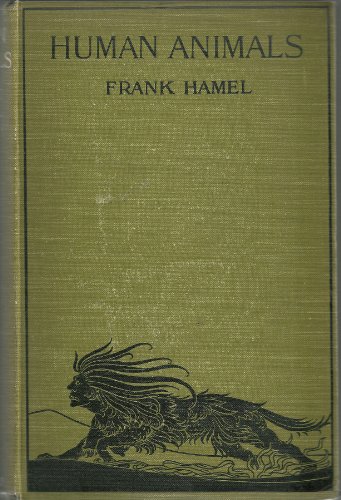 Description:
From the abundant records and traditions dealing with the curious belief that certain men and women can transform themselves into animals I have collected a number of instances and examples which throw fresh light on the subject both from the point of view of folk-lore and occultism.

The Passing of the Aborigines
by Daisy Bates - John Murray
Bates devoted her life to studying Aboriginal life, history, culture, rites, beliefs and customs. Living in small settlements from Western Australia to the edges of the Nullarbor Plain, she researched and wrote millions of words on the subject.
(10659 views)

Indigenous People
by Purushothaman Venkatesan (ed.) - InTech
Indigenous peoples are the native ethnic groups, descended from the original inhabitants of a region. This book is an attempt to bring out the analysis of indigenous environment, indigenous technical knowledge, indigenous resource governance, etc.
(3973 views)

Guts and Brains: An Integrative Approach to the Hominin Record
by Wil Roebroeks (ed.) - Leiden University Press
The book discusses the relationship between brain size and diet, diet and social organization, and large brains and the human sexual division of labour. This volume provides an entry into understanding the development of our own species.
(5422 views)

The Maya Indians of Southern Yucatan and Northern British Honduras
by Thomas W.F. Gann - Washington, Govt. print. off.
The southern and eastern parts of Yucatan, from Tuluum in the north to the Rio Hondo in the south, are occupied by two tribes of Maya Indians, the Santa Cruz and Icaiche or Chichanha. The number of Santa Cruz was estimated in 1895 at about 8,000.
(4607 views)