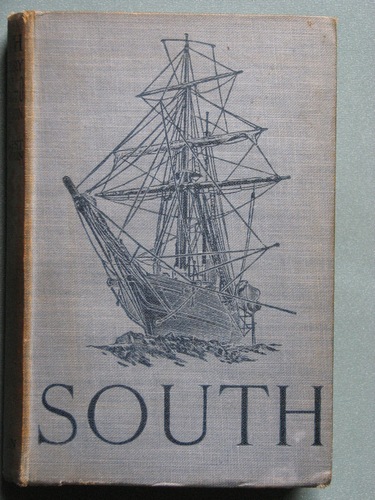 Description:
As war clouds darkened over Europe in 1914, a party led by Sir Ernest Shackleton set out to make the first crossing of the entire Antarctic continent via the Pole. But their initial optimism was short-lived as ice floes closed around their ship, gradually crushing it and marooning twenty-eight men on the polar ice. Alone in the world's most unforgiving environment, Shackleton and his team began a brutal quest for survival.

Vitus Bering: the Discoverer of Bering Strait
by Peter Lauridsen - S. C. Griggs & Co.
Vitus Bering (1681-1741) was a Danish-born Russian navigator. Published in English translation for the American market in 1889, this sympathetic biography by the historian and geographer Peter Lauridsen, had originally appeared in Danish in 1885.
(8453 views)

Discovery of the North Pole
by J. Martin Miller - J. T. Moss
An interesting discussion of the race to the North Pole by Peary and Cook, and the subsequent debate of who got there first. Also contains a good history of previous attempts to reach the Pole and the perils of polar exploration.
(5389 views)

The Great White North: The Story of Polar Exploration
by Helen S. Wright - The Macmillan co.
The material for this book has been gathered from the rich storehouse of Arctic Literature. I bring to the reader's mind a record of brilliant deeds that go to make the history of the far North, and let the explorers themselves tell the story ...
(4702 views)