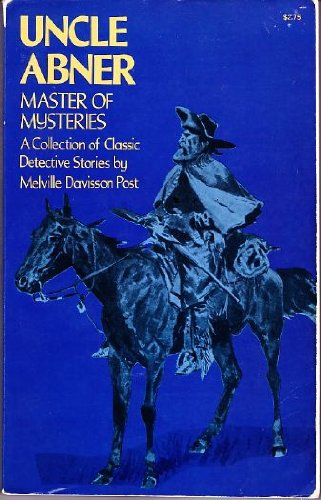 Description:
Uncle Abner is a sturdy mountaineer who helps to solve the mysteries tragedies and crimes which occur in the Virginia mountains where he lives. There are eighteen short stories which have appeared in magazines at various times.

Crying Bullets
by Conrad Johnson - Smashwords
Arnie Penxa, ex war veteran and retired Detroit policeman, now working for a private school security firm, sniffs out a conspiracy for a multiple school shooting. The problem is that nobody wants to believe him except for a few close friends ...
(6849 views)

Trent's Last Case
by E. C. Bentley - Project Gutenberg
The author tells the story of thoroughly unpleasant American millionaire Sigsbee Manderson, who is shot. Painter and journalist Philip Trent is asked to cover the story, and the challenge to solve the murder is too much to resist.
(9088 views)

One Deadly Sister
by Rod Hoisington - Smashwords
An almost-too-clever young law student reluctantly attempts to rescue her estranged brother who is caught up in woman-trouble and a murder charge down in a hostile Florida town. He isn't looking for trouble but doesn't have a clue about women.
(7585 views)

Run to Earth
by Mary Elizabeth Braddon - Simpkin, Marshall, Hamilton, Kent
This novel is a blend of mystery and gothic horror, engaging in the narrative, the strong female characters portray an interesting side of Victorian life. The ending brought our heroine the respect she so clearly deserved.
(7126 views)