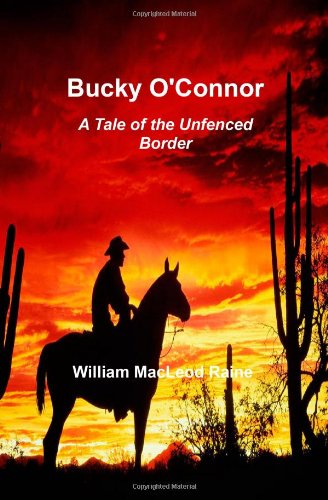 Bucky O'Connor: A Tale of the Unfenced Border
by William MacLeod Raine

Description:
This is the best of many wonderful stories written by Raine. Every chapter teems with wholesome, stirring adventures, replete with the dashing spirit of the border, told with dramatic dash and absorbing fascination of style and plot.

The Devil's Justice
by Chad Cull
When Jace Carlin's family is killed by drunken marauders, he goes on a quest for vengeance until he settles the score. With his mission complete, he finds no satisfaction. He is alone and haunted by the violence and killing he has left behind him.
(7391 views)

King of the Gun Trail
by Franklin D. Lincoln
Exciting western adventures of secret agent Jack Clayton and his black stallion Regret as they fight America's worst enemies in the late 1870's, seeking justice for all and forging a nation where all its citizens can be proud to be Americans.
(8016 views)

The Rider of Golden Bar
by William Patterson White - ManyBooks
Spirited story, full of action, which should please readers of western fiction. The hero, who is elected sheriff on the supposition that he is lazy and easy-going, proves an unpleasant surprise to the corrupt ring that had supported him.
(7860 views)

The Riverman
by Stewart Edward White - ManyBooks
This novel is a rugged adventure from a time when men had to work for a living. The story of a man's fight against a river and of a struggle between honesty and grit on the one side, and dishonesty and shrewdness on the other.
(5623 views)