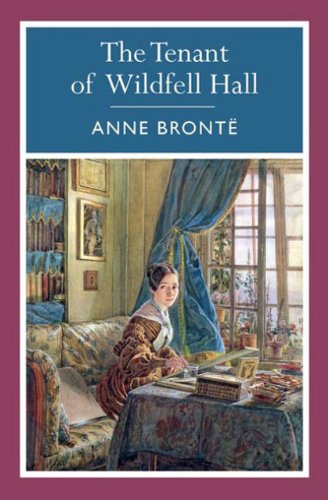 The Tenant of Wildfell Hall
by Anne Brontë

Description:
Gilbert Markham is deeply intrigued by Helen Graham, a beautiful and secretive young woman who has moved into nearby Wildfell Hall with her young son. He is quick to offer Helen his friendship, but when her reclusive behaviour becomes the subject of local gossip and speculation, Gilbert begins to wonder whether his trust in her has been misplaced. Told with great immediacy, combined with wit and irony, THE TENANT OF WILDFELL HALL is a powerfully involving read.

These Twain
by Arnold Bennett - George H. Doran Co.
In Clayhanger and Hilda Lessways, Bennett followed the development of a relationship from two very different perspectives. He now draws these together in a finale that sees the two young protagonists embarking upon married life...
(5256 views)

Villette
by Charlotte Brontë - A. Melrose
Charlotte Bronte's last and most autobiographical novel is a powerfully moving study of isolation and the pain of unrequited love, narrated by a heroine determined to preserve an independent spirit in the face of adverse circumstances.
(8963 views)