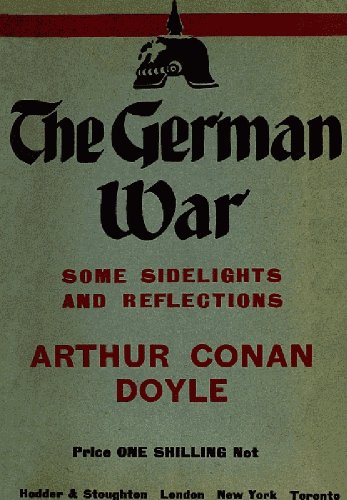 Description:
These essays, upon different phases of the wonderful world-drama which has made our lifetime memorable, would be unworthy of republication were it not that at such a time every smallest thing which may help to clear up a doubt, to elucidate the justice of our cause, or to accentuate the desperate need of national effort, should be thrown into the scale.

Wall Street and the Rise of Hitler
by Antony C. Sutton - G S G & Associates
This book describes the role of the Wall Street financial elite in the 1933 seizure of power by Adolf Hitler in Germany. Contemporary academic histories, with perhaps the sole exception of Carroll Quigley's Tragedy And Hope, ignore this evidence.
(14297 views)

The Young Hitler I Knew
by August E. V. Anderson - Houghton Mifflin Company
An extraordinary memoir by a man who actually met Hitler in 1904. Their passion for music created a friendship, and a roommate situation. This book deals with the darkest, perhaps the most formative, and the most interesting period of Hitler's life.
(17093 views)

The Black Death: A History From Beginning to End
- Hourly History
The Black Death claimed between 75 million and 200 million lives in four short years. In this engaging and well-researched book, the trajectory of the plague's march west across Eurasia and the cause of the great pandemic is thoroughly explored.
(3329 views)

Witch, Warlock, and Magician
by W. H. Davenport Adams - J. W. Bouton
The author gives a general introduction to alchemy in Europe and traces the development of magic and alchemy in England from the fourteenth century onwards. Adams established himself as a popular science writer, translator and lexicographer.
(7728 views)