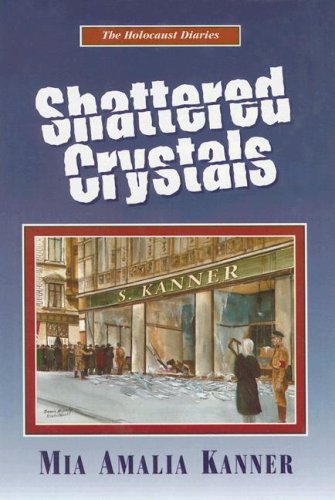 Description:
In Shattered Crystals, Mia Amalia Kanner recounts the true story of her desperate struggle to save her family from annihilation in Nazi Germany and war-torn France. Yet this is much more than a Holocaust history. It is about a courageous Jewish woman who, on finding herself destitute, becomes a cook in a home for war-displaced Jewish children...

Two Years Before the Mast
by Richard Henry Dana - D. Appleton and Co.
Tracing an awe-inspiring oceanic route from Boston, around Cape Horn, to the California coast, this book is both a riveting story of adventure and the most eloquent, insightful account we have of life at sea in the early nineteenth century.
(8211 views)

Memoirs of Napoleon Bonaparte
by Louis Antoine Fauvelet de Bourrienne - Charles Scribner's Sons
This incredible set begins with Napoleon's birth in Corsica in 1769 and ends with his entombment in the Invalides in Paris in 1840. These four volumes include chronologies, text, letters, and many many insights, both personal and professional.
(9404 views)

Memoirs of the Life of Anne Boleyn, Queen of Henry VIII
by Elizabeth Benger, Lucy Aikin - Longman
Anne Boleyn was Queen of England from 1533 - 1536 as the second wife of King Henry VIII and Marquess of Pembroke in her own right. Her subsequent execution made her a key figure in the religious upheaval that was the start of the English Reformation.
(13320 views)

Villehardouin and de Joinville: Memoirs of the Crusades
by Geoffroi de Villehardouin - Dutton
Written by eye-witnesses who had taken an important part in what they describe. Stirring episodes in one of the most stirring chapters in human history. How Christendom put forth its power to capture and again recapture the holy land.
(16218 views)