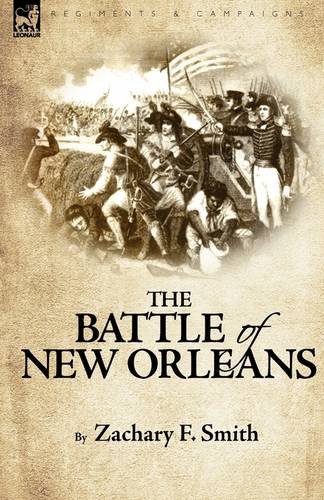 The Battle of New Orleans
by Zachary F. Smith

Description:
The Battle of New Orleans took place on January 8, 1815 and was the final major battle of the War of 1812. American forces, commanded by Major General Andrew Jackson, defeated an invading British Army intent on seizing New Orleans and the vast territory the United States had acquired with the Louisiana Purchase.

The God of the Machine
by Isabel Paterson - G.P. Putnam's Sons
The author presents an original theory of history and a bold defense of individualism as the source of moral and political progress. When it was published, her book placed her in the vanguard of the free-enterprise movement now sweeping the world.
(18114 views)

Mayflower: A History From Beginning to End
- Hourly History
The story of the Mayflower is one of adventure, courage, and destiny. The Mayflower was the ship that launched a nation. She left from England in September of 1620, carrying 102 English Separatists to a new life, one that came with the freedom ...
(4639 views)

The American Story
by Garet Garrett - Henry Regnery Company
The real American story, from its beginning on the empty stage of a New World until now, is entirely improbable. Every attempt to account for it rationally leaves you with a feeling that something important has been left out.
(12495 views)