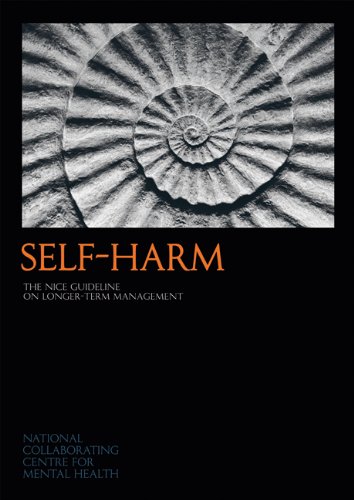 Description:
This is the first NICE guideline on the longer-term management of both single and recurrent episodes of self-harm. The focus of this guideline, which covers people aged 8 years and older, is to improve the longer-term care of people who self-harm after initial treatment of the injury or poisoning.

Depression in Children and Young People
- British Psychological Society
The guideline has been developed to advise on the identification and management of depression in children and young people in primary, community and secondary care. The guidelines are developed by a multidisciplinary team of healthcare professionals.
(6673 views)

Attention Deficit Hyperactivity Disorder
- British Psychological Society
This guideline has been developed to advise on the treatment and management of attention deficit hyperactivity disorder. The guideline recommendations were developed by a multidisciplinary team of healthcare professionals, service users and carers.
(8238 views)

Complementary and Alternative Medicine Treatments in Psychiatry
by D. Stradford, G. Vickar, C. Berger, H. Cass - Flying Publisher
The book gives the practitioner a solid introduction into the philosophy behind CAM approaches as well as a broad array of evidence-based CAM therapies that are increasingly finding their way into patient treatment plans with positive results.
(8879 views)