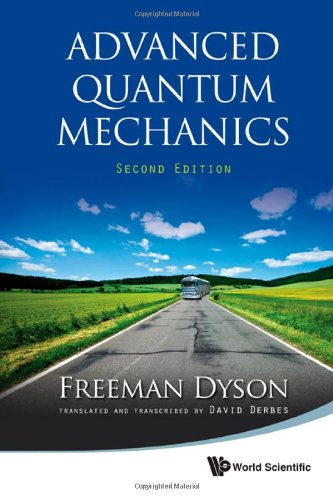 Description:
Lecture notes by Professor F. J. Dyson for a course in Relativistic Quantum Mechanics given at Cornell University in the Fall of 1951 for the students who have had a course in classical mechanics and electrodynamics including special relativity, and a complete course in non-relativistic quantum theory.

Quantum Models of Classical World
by Petr Hajicek - arXiv
This paper is a review of our recent work on three problems of non-relativistic quantum mechanics: realist interpretation, quantum theory of classical properties and the problem of quantum measurement. A considerable progress has been achieved...
(4898 views)

Time in Quantum Mechanics
by Curt A. Moyer - arXiv
The failure of conventional quantum theory to recognize time as an observable and to admit time operators is addressed. We emphasize the role of the Hamiltonian as the generator of translations in time to construct time states.
(7095 views)

Quantum Dissipative Systems
by F. Guinea, E. Bascones, M.J. Calderon
An interesting topic of quantum mechanics is the study of open quantum systems. By it, we mean a simple quantum system, described by one or a few degrees of freedom, interacting with a background characterized by a continuum of excitations.
(7969 views)