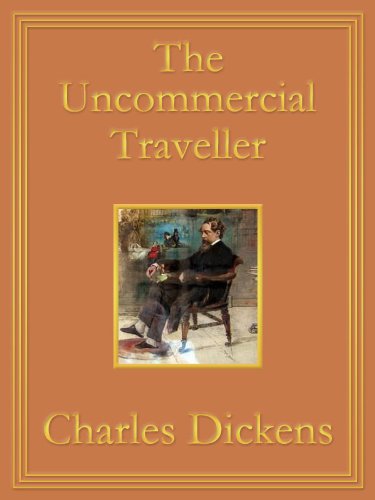 The Uncommercial Traveller
by Charles Dickens

Description:
The Uncommercial Traveller is a collection of literary sketches and reminiscences written by Charles Dickens. They display his wit, humour and occasionally his righteous indignation towards the things that he saw and the hidden aspects of Victorian London.

David Copperfield
by Charles Dickens - The University Society
The story of a young man's adventures on his journey from an unhappy and impoverished childhood to the discovery of his vocation as a successful novelist. Dickens drew revealingly on his own experiences to create his enduringly popular work.
(16040 views)

A Tale of Two Cities
by Charles Dickens - Dutton
Against the backdrop of the French Revolution, Dickens unfolds a masterpiece of drama, adventure, and courage featuring Charles Darnay, a man falsely accused of treason. The novel culminates in a daring prison escape in the shadow of the guillotine.
(15583 views)

Oliver Twist
by Charles Dickens - Dutton
One of Dickens's darkest novels, dealing with kidnapping, burglary, child abuse, and murder. Alongside this gallery of horrors are the corrupt and incompetent institutions set up to address social problems and instead making them worse.
(11409 views)