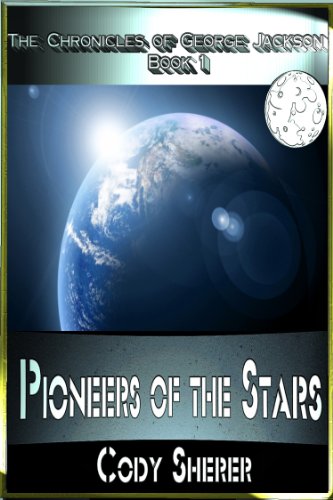 Pioneers of the Stars
by Cody Sherer

Description:
This fun-filled and action oriented Science Fiction adventure introduces you to the world of George Jackson. On the run from the Alliance, George does what he can to hide, but his cover is ultimately blown by Alliance Bounty Hunters. George must choose between fighting and running. Outnumbered and outgunned, he retreats to the only place that will grant him safe harbor: The CNS Pilgrim.

The Life, Death and Life of Amelia Hollow
by Edward James Bowman - Smashwords
In the year 2808 AD, eighteen year-old Amelia gets accepted into Starside Academy: the top United Systems of Mel naval academy. She is the first human to ever be accepted into such an elite academy as the human race is looked down upon by the USM.
(5966 views)

Triplanetary
by E. E. Smith - Fantasy Press
The novel covers several episodes in an eons-long human breeding project by the super-intelligences of the Arisians. This alien race is breeding two genetic lines to become the ultimate weapon in Arisia's cosmic war with their arch-enemies ...
(3511 views)

Deep Space Dead
by Edward Chilvers - Smashwords
Many thousands of years into the future the human race reigns supreme over the galaxy, its colonial starships travelling vast distances to settle new worlds in the furthest star systems. A group of space colonists are trapped on a distant planet ...
(5250 views)

Nexus
by Robert Boyczuk - ManyBooks
After returning from a thirty-year trade mission, the crew of the Ea wake from cryonic suspension to find that their home world, Bh'Haret, is dead. 'Screamer' satellites have been strung around their planet warning of a plague ...
(7535 views)