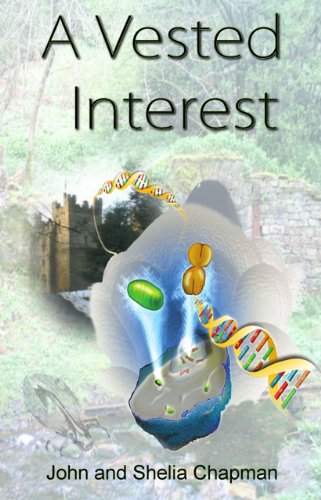 A Vested Interest
by John and Shelia Chapman

Description:
When Donna Rigden gets fed up with her job at D'Netics Research Facility she resigns. Big mistake! Donna is now on the hit list of one of the most notorious men in the corporate US. He has no morals and doesn't accept 'No.' A story of corporate jealousy at the highest levels, greed, spite, vengence, advanced technology, medicine, love and betrayal, and the very essence of life itself.

One Way To Mars
by Gary Weston - Smashwords
Andrew Foreman hadn't wanted to go to Mars in the first place. But somebody had to look after GenMoP, the genetically modified primate. Foreman had always regarded space travel as a dangerous business, but he had no idea just how dangerous.
(8208 views)

The Earthbound Series
by D M Arnold - VIRTUALimprint
The EARTHBOUND Series is a set of five character driven stories in a science fiction setting, featuring an ordinary hero with everyday problems: He has a boss, a job that's a grind, a wife who doesn't understand him and a girlfriend on the side...
(8097 views)

Agent to the Stars
by John Scalzi - ManyBooks
In this slick, lightweight SF yarn from Scalzi, Thomas Stein, a hot young Hollywood agent, has just negotiated a multimillion-dollar deal for his friend, starlet Michelle Beck, when his boss, Carl Lupo, foists a space alien called Joshua on him.
(10911 views)

Earth Alert!
by Kris Neville - Project Gutenberg
Kris Neville was an American science fiction writer. His most famous work, Bettyann (1970) is considered an underground classic of science fiction. This e-text was produced from Imagination Stories of Science and Fantasy February 1953.
(10292 views)