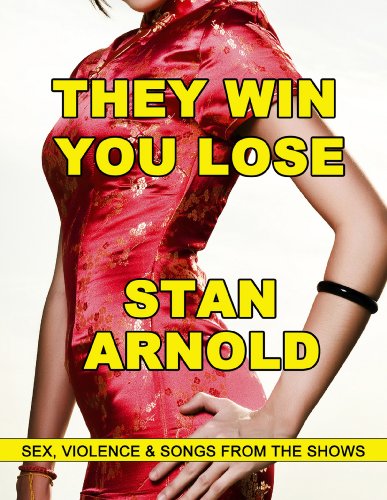 They Win. You Lose.
by Stan Arnold

Description:
This is the first book of The Implosion Trilogy - stories about Mick and Jim, two incompetent Soho-based video producers who drink too much, don't earn enough and get too many death threats. In They Win You Lose, Mick and Jim are on the run from Vlad and Vic, enforcers for international crime boss and Ealing comedy lover, Charlie Sumkins...

How to be Happy Though Married
by Edward John Hardy - T Fisher Unwin
We strongly recommend this book as one of the best of wedding presents. It is a complete handbook to an earthly Paradise, and its author may be regarded as the Murray of Matrimony and the Baedeker of Bliss. Admirably written volume.
(10598 views)

The Devil's Dictionary
by Ambrose Bierce - World Pub. Co
Satiric lexicon by Ambrose Bierce, first compiled as The Cynic's Word Book in 1906. The barbed definitions that Bierce began publishing in a weekly journal he edited in San Francisco, brought this 19th-century stock form to a new level of artistry.
(14999 views)