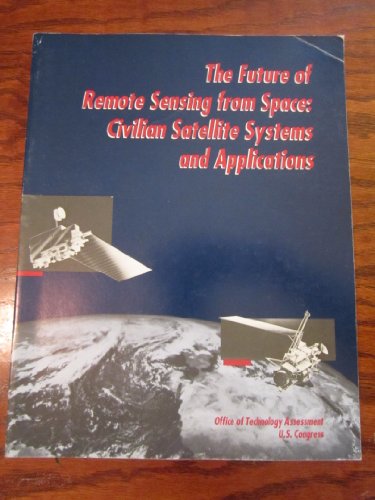 The Future of Remote Sensing From Space

Description:
This report, the first of three in a broad OTA assessment of Earth observation systems, examines issues related to the development and operation of publicly funded U.S. and foreign civilian remote sensing systems. It also explores the military and intelligence use of data gathered by civilian satellites. In addition, the report examines the outlook for privately funded and operated remote sensing systems.

The Apollo Spacecraft: A Chronology
by Ivan D. Ertel, at al. - NASA
The chronology of the Apollo spacecraft and the lunar mission provides documented information covering a wide range of happenings directly and indirectly related to the program. Written for historians and others interested in the great adventure.
(15188 views)

Apollo 17 Lunar Surface Journal
by Eric M. Jones - NASA
Sending humans to the Moon was arguably the most difficult technological undertaking in all of history. For sure, the best of America's scientists and engineers were taxed to the limit in order to accomplish nine manned flights to the Moon...
(5585 views)