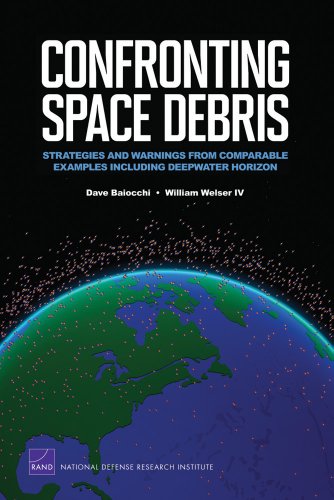 Rockets and People, Volume 3: Hot Days of the Cold War
by Boris Chertok - NASA History Series
Chertok devotes a significant portion of the volume to the early years of Soviet human space flight in the early 1960's. These include a chapter on the Vostok and Voskhod programs, which left an indelible mark on early years of the 'space race'.
(7241 views)

The Future of Remote Sensing From Space
- U.S. Congress, Office of Technology Assessment
This report examines issues related to the development and operation of publicly funded U.S. and foreign civilian remote sensing systems. It also explores the military and intelligence use of data gathered by civilian satellites.
(4737 views)

The Apollo Spacecraft: A Chronology
by Ivan D. Ertel, at al. - NASA
The chronology of the Apollo spacecraft and the lunar mission provides documented information covering a wide range of happenings directly and indirectly related to the program. Written for historians and others interested in the great adventure.
(15188 views)

Rockets and People: Volume IV: The Moon Race
by Boris Chertok - NASA
In this volume the famous spacecraft designer Boris Chertok, who worked under Sergey Korolev, continues his fascinating narrative on the Soviet space program, this time covering 1968 to 1974, the peak years of the Soviet human lunar program.
(7210 views)