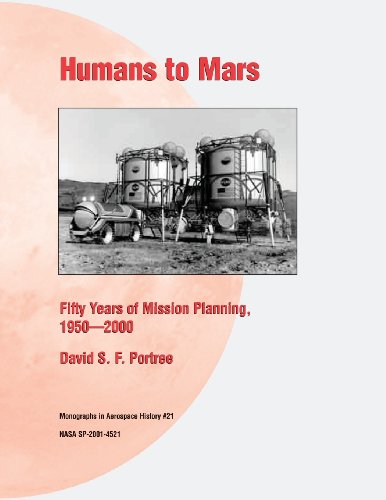 Description:
By examining the evolution of 50 mission studies over the past 50 years, David Portree gives us a sense of the many options that Mars human space flight planners in the United States have explored. Portree covers a wide variety of ideas for human exploration of Mars...

Basics of Space Flight
by Dave Doody - NASA
This tutorial is designed to help operations people identify the range of concepts associated with deep space missions, and grasp the relationships among them. It also enjoys popularity with people interested in interplanetary space flight.
(22263 views)

Mariner Mission to Venus
- Jet Propulsion Laboratory
The book describes one phase of the U.S. civilian space program -- the journey of the Mariner spacecraft to the vicinity of Venus and beyond. It reports upon the measurements taken during the 'flyby' on December 14, 1962, 36,000,000 miles from Earth.
(3303 views)

The Future of Remote Sensing From Space
- U.S. Congress, Office of Technology Assessment
This report examines issues related to the development and operation of publicly funded U.S. and foreign civilian remote sensing systems. It also explores the military and intelligence use of data gathered by civilian satellites.
(4737 views)