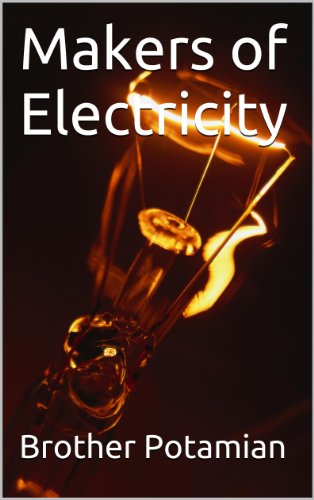 Description:
This volume represents an effort in the direction of what may be called the biographical history of electricity. The controlling idea in its preparation was to provide brief yet reasonably complete sketches of the lives of the great pioneer workers in electricity, the ground-breaking investigators who went distinctly beyond the bounds of what was known before their time, not merely to add a fringe of information to previous knowledge, but to make it easy for succeeding generations to reach conclusions in electrical science that would have been quite impossible until their revealing work was done.

Preludes to Dark Energy: Zero-point energy and vacuum speculations
by Helge Kragh - arXiv
Although dark energy is a modern concept, some elements in it can be traced back to the early part of the twentieth century. This paper examines the origin of the idea of zero-point energy and in particular how it appeared in a cosmological context.
(7400 views)

Quantum Theory at the Crossroads
by Guido Bacciagaluppi, Antony Valentini - Cambridge University Press
1927 Solvay conference reconsidered. Contrary to folklore, the interpretation question was not settled at this conference and no consensus was reached; instead, a range of sharply conflicting views were presented and extensively discussed.
(10908 views)

The Renaissance of Science: The Story of the Atom, Mathematics, Astronomy and Physics
by Albert Martini - Project Gutenberg
This book presents the scientific developments in mathematics, physics and astronomy from the Classic Greek Era to the present time. It discusses the 2,000-year history in the development of the great ideas that revolutionized our scientific world.
(5277 views)

Galileo and Einstein
by Michael Fowler - UVa
This course traces the historical development of some key scientific ideas: space, time, motion, mass and force. Philosophers, and more practical people, have struggled with these concepts since the earliest recorded times ...
(7872 views)