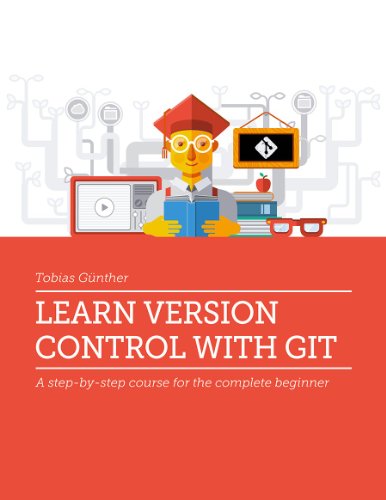 Description:
The goal of this book is to get you started with version control and Git as quickly and easily as possible. Unlike other books about this topic, this one doesn't require a master's degree in computer science to read it. It's aimed at beginners of programming, at designers, at project managers... It tries not to require too much prior knowledge on the technical side. It tries to go slowly.

Git Pocket Guide
by Richard E. Silverman - O'Reilly Media
This pocket guide is the perfect on-the-job companion to Git, the distributed version control system. It provides a compact, readable introduction to Git for new users, as well as a reference to common commands for those of you with Git experience.
(6269 views)

Pro Git
by Scott Chacon - Apress
Git is the version control system developed by Linus Torvalds for Linux kernel development. It took the open source world by storm since its inception in 2005, and is used by small development shops and giants like Google, Red Hat, and IBM.
(11659 views)

Git Magic
by Ben Lynn
Git is a version control Swiss army knife. A reliable versatile tool whose extraordinary flexibility makes it tricky to learn, let alone master. Rather than describe one mysterious command after another, we provide recipes for typical workflows.
(7458 views)

Ry's Git Tutorial
by Ryan Hodson - Smashwords
This is an introduction to distributed version control with a focus on command line usage. We explain Git's robust branching, merging, and collaboration capabilities from the ground up, so prior experience with centralized systems is not required.
(11487 views)