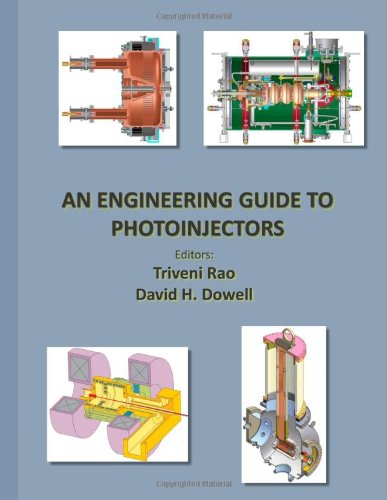 Description:
This book is an introduction to the basic theory and engineering of advanced electron beam sources known as photoinjectors. Photoinjectors produce relativistic electrons for exciting new devices such as x-ray free electron lasers and the polarized beams for very high energy physics linear colliders.

Cyclotrons: Magnetic Design and Beam Dynamics
by Simon Zaremba, Wiel Kleeven - arXiv.org
Classical, isochronous, and synchro-cyclotrons are introduced. Transverse and longitudinal beam dynamics in these accelerators are covered. The problem of vertical focusing and iscochronism in compact isochronous cyclotrons is treated in some detail.
(2124 views)

Collider Physics
by D. Zeppenfeld - arXiv
Introduction to physics at e+e- and hadron colliders. A selection of processes is used to illustrate the strengths and capabilities of the different machines. The discussion includes W pair production and chargino searches at various colliders.
(5915 views)

Lawrence and His Laboratory: A History of the Lawrence Berkeley Laboratory
by J. L. Heilbron, Robert W. Seidel - University of California Press
The Radiation Laboratory in Berkeley, California, was the birthplace of particle accelerators, radioisotopes, and modern big science. This volume is a saga of physics and finance in the Great Depression, when a new kind of science was born.
(10206 views)