Gravitation: from Newton to Einstein
by Pierre Fleury - arXiv.org , 2019
The main goal of this document is to propose a big picture of gravitation, where Einstein's relativity arises as a natural increment to Newton's theory. It is designed for students who do not necessarily have prior knowledge about relativity.
(4082 views)

Mathematics of Relativity: Lecture Notes
by G. Y. Rainich - Edwards Brothers , 1932
We may consider Geometry as a first attempt at a study of the outside world. It may be considered as a system which reflects our experiences with features of the outside world, namely features connected with the displacements of rigid bodies.
(4861 views)

Relativity for Poets
by Benjamin Crowell - LightAndMatter.com , 2016
This textbook is a nonmathematical presentation of Einstein's theories of special and general relativity, including a brief treatment of cosmology. It is a set of lecture notes for the author's course Relativity for Poets at Fullerton College.
(4860 views)

Accelerating Universe: Theory versus Experiment
by Moshe Carmeli - arXiv , 2002
We present gravitation as a theory in which the coordinates are distances and velocities between galaxies. We show three possibilities for the Universe to expand. Comparison with general relativity theory is finally made ...
(5408 views)

The Far Horizons of Time: Time and Mind in the Universe
by H. Chris Ransford - De Gruyter Open Ltd , 2015
Assuming no prior knowledge by the reader, the book raises specific, hitherto overlooked questions about how time works, such as how and why anyone can be made to be, at the very same instant, simultaneous with events that are actually days apart.
(5969 views)

The Gravitation Theory Review
by Alexander G. Kyriakos - viXra , 2016
In this book we will survey various alternative approaches to the problem of gravitation pursued around the turn of the last century and try to assess their potential for integrating the contemporary knowledge of gravitation.
(5305 views)

Observers and Splitting Structures in Relativistic Electrodynamics
by Bernhard Auchmann, Stefan Kurz - arXiv , 2014
We introduce a relativistic splitting structure as a means to map equations of electromagnetism from curved four-dimensional space-time to 3-dimensional observer's space. We focus on mathematical structures that are motivated by the physical theory.
(7411 views)

Space: from Euclid to Einstein
by Roy McWeeny - Learning Development Institute , 2011
This book goes back to the work of the philosophers and astronomers of two thousand years ago; and it extends to that of Einstein, whose work laid the foundations for our present-day ideas about the nature of space itself.
(9527 views)

Electric and Magnetic Aspects of Gravitational Theories
by Francois Dehouck - arXiv , 2011
This thesis deals with the construction of conserved charges for asymptotically flat spacetimes at spatial infinity in four spacetime dimensions in a pedagogical way. It highlights the difficulties with understanding the gravitational duality...
(8222 views)

Easy Lessons in Einstein
by Edwin Emery Slosson - Brace and Howe , 1920
What is this theory of relativity and why is it so important? The mathematics of it are too much for most of us, but we can get some notion of it by a familiar illustration. A discussion of the more intelligible features of the theory of relativity.
(8348 views)

An Introduction to the Theory of Relativity
by L. Bolton - E.P. Dutton & Co. , 1921
This little book gives a remarkably readable and intelligible account of the theory of relativity. The author is presenting his material without presupposing more than elementary algebra and the elements of plane geometry.
(9777 views)

The Meaning of Relativity
by Albert Einstein - Princeton University Press , 1922
A condensed unified presentation intended for one who has already digested the mechanics of tensor theory and physical basis of relativity. Einstein's little book serves as an excellent tying-together of loose ends and as a survey of the subject.
(10798 views)

Modern Relativity
by David Waite , 2005
This is a textbook on theories of special and general relativity. It is assumed that the reader has an understanding of mathematics through calculus and partial differential equations. The relevant tensor calculus is presented throughout as needed.
(11340 views)

The Einstein Theory of Relativity
by Hendrik Antoon Lorentz - Feedbooks , 1920
There is a constant demand for information about this much-debated topic of relativity. In order to make a popular explanation of this far-reaching theory available, the present book is published. (first published in 1920)
(14209 views)

Relativity For Physics Students
by G. B. Jeffery - Methuen & Company , 1924
Contents: The origins of the theory; Michelson-Morley experiment and the Lorentz transformation; Laws of motion and electro-magnetism; Restricted principle of relativity and some consequences; Equivalence hypothesis; Four-dimensional continuum; etc.
(11033 views)

The Landscape of Theoretical Physics
by Matej Pavsic - arXiv , 2006
This a book is for those who would like to learn something about special and general relativity beyond the usual textbooks, about quantum field theory, the elegant Fock-Schwinger-Stueckelberg proper time formalism, and much more.
(12961 views)

The Theory Of Gravity
by A. A. Logunov - arXiv , 2002
In the framework of the special theory of relativity, the relativistic theory of gravitation is constructed. The energy-momentum tensor density of all the matter fields (including gravitational one) is treated as a source of the gravitational field.
(13515 views)

Einstein for Everyone
by John D. Norton - Nullarbor Press , 2008
Aimed at people who do not know enough physics to understand what Einstein did and why it was so important. The course presents just enough of Einstein's physics to give students an independent sense of what he achieved and what he did not achieve.
(17716 views)

Many-Minds Relativity
by Claes Johnson , 2008
The book offers an alternative to Einstein's special theory of relativity, with the main purpose of developing a form of relativity, which can be combined with quantum mechanics and thus can open to a unified field theory.
(10725 views)

The Light Cone: an illuminating introduction to relativity
by Rob Salgado - Syracuse University , 2005
This is an elementary introduction to the Theory of Relativity. The intended audience is a class of nonscience undergraduates. Our plan is to follow a pseudo-historical development of how we came to understand the spacetime of General Relativity.
(13803 views)

Reflections on Relativity
- MathPages
This book examines the evolution of the principle of relativity in its classical, special, and general incarnations, with the aim of showing how it has repeatedly inspired advances in our understanding of the physical world.
(14084 views)

Classical Electrodynamics and Theory of Relativity
by Ruslan Sharipov - Samizdat Press , 2003
A regular, smooth, and logically consistent introduction to the subject starting with basic facts like Coulomb law and ending with Einstein's theory of gravitation. A book for mathematics students, references to physical intuition are minimized.
(15789 views)

The Age of Einstein
by Frank W. K. Firk - Yale University , 2003
A book for the inquisitive reader who wishes to understand the main ideas of special and general theory of relativity. Only a modest understanding of high school mathematics is required. A formal account of special relativity is given in an appendix.
(12420 views) 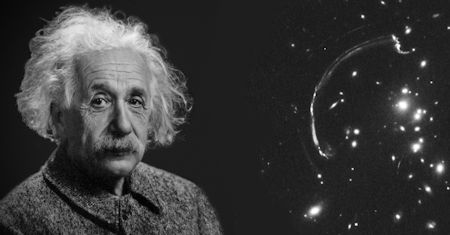