Quantum Field Theory and Functional Integrals
by Nima Moshayedi - arXiv.org , 2019
We describe Feynman's path integral approach to quantum mechanics and quantum field theory from a functional integral point of view, where focus lies in Euclidean field theory. Gaussian measure and the construction of the Wiener measure are covered.
(1632 views)

Path Integrals in Quantum Physics
by R. Rosenfelder - arXiv , 2012
These lectures aim at giving graduate students an introduction to and a working knowledge of path integral methods in a wide variety of fields in physics. The text deals with non-relativistic quantum mechanics, many-body physics and field theory.
(5290 views)

Path Integrals in Quantum Theories: A Pedagogic First Step
by Robert D. Klauber - QuantumFieldTheory.info , 2011
It is far easier for students to learn QFT first by the canonical quantization method, and then move on to the path integral approach. This text will help such students, as well as those who are forced to begin their study of QFT via path integrals.
(7736 views)

Path Integral Methods and Applications
by Richard MacKenzie - arXiv , 2000
These lectures are intended as an introduction to the technique of path integrals and their applications in physics. The audience is mainly first-year graduate students, and it is assumed that the reader has a good foundation in quantum mechanics.
(7521 views)

The Path Integral Approach to Quantum Mechanics
by Matthias Blau , 2006
These are notes for part of a course on advanced quantum mechanics given to 4th year physics students. The only prerequisites, however, are a basic knowledge of the Schroedinger and Heisenberg pictures of standard quantum mechanics.
(7856 views) 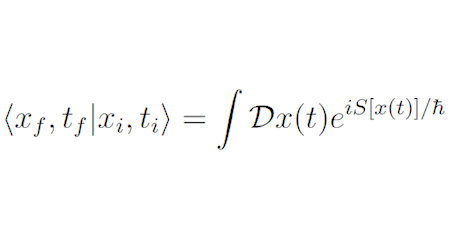