The Thermodynamics of Light
by Per Kristen Jakobsen - arXiv.org , 2018
These notes introduce some of the basic mathematical and physical tools necessary for theoretical investigations into the thermodynamics properties of light in cavities. It will also be useful for the research teams entering this field of science.
(4455 views)

Molecular Dynamics Simulation
by Giovanni Ciccotti, Mauro Ferrario, Christof Schuette - MDPI AG , 2014
This book moves from the quantum-statistical description to the validity of classical modeling; it presents some perspectives in the algorithmic and in the enhanced sampling approaches, tackling some longstanding challenges to simulation ...
(4856 views)

Photonic Crystals
by Alireza Bananej (ed.) - InTech , 2015
In photonic circuits photons play the dominant role and they transfer the optical data. With the growth of technology, a new area started to grow as photonic crystals which now play an important role in designing and manufacturing compact devices ...
(5835 views)

Interferometry with Atoms
by J.-F. Schaff, T. Langen, J. Schmiedmayer - arXiv , 2015
Optics and interferometry with matter waves is the art of coherently manipulating the translational motion of particles like atoms. Coherent atom optics is an extension of techniques that were developed for manipulating internal quantum states.
(5778 views)

Optical Atomic Clocks
by N. Poli, C. W. Oates, P. Gill, G. M. Tino - arXiv , 2014
This paper reviews the history and the state of the art in optical-clock research and addresses the implementation of optical clocks in a possible future redefinition of the SI second as well as in tests of fundamental physics.
(7736 views)

Photons, Schmotons
by John Baez, Michael Weiss - University of California , 2002
What the heck is a photon, anyway? You need to understand Maxwell's equations and quantum mechanics, and to understand how they fit together. This text won't teach you quantum electrodynamics. But they'll give you a nudge in the right direction.
(6929 views)

Ab Initio Molecular Dynamics
by DominikMarx, Juerg Hutter - John von Neumann Institute , 2000
The aim of molecular dynamics is to model the detailed microscopic dynamical behavior of many different types of systems. Molecular dynamics is a technique to investigate equilibrium and transport properties of many–body systems.
(7526 views)

Optical Properties of Semiconductors
by Jerome Faist - Eidgenossische Technische Hochshule Zurich , 2008
A broad overview of the basic physical processes that govern the interaction between the light and semiconductor. The text shows the richness of the topic and shows the thread connecting the original research of the sixties and today's literature.
(15708 views)

Optical Properties of Solids
by Frederick Wooten - Academic Press , 1972
The present book attempts to fill a need for a fundamental textbook which explains the optical properties of solids. It is meant to explain a number of important concepts rather than present a complete survey of experimental data.
(11822 views)

The Theory of Electrons and its Applications to the Phenomena of Light
by H. A. Lorentz - B.G. Teubner , 1916
Based on a course of lectures delivered at Columbia University by Nobel laureate H. A. Lorentz, this texte remains remarkably modern. Its outstanding discussion of general principles and experimental facts keep it vital.
(13472 views) 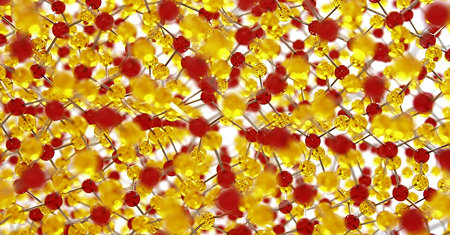