Avoiding Space Madness
by Leslie K Ernest - Smashwords , 2011
As Darwin explores, he encounters a variety of aliens, a large pink bunny, a morally flexible politician, and a mysterious goddess who haunts his dreams and wants to discuss his fear of death. Darwin may even be falling in love ...
(8280 views)

For the Win
by Cory Doctorow - Tor Teen , 2010
A book about economics, justice, politics, games and labor. For the Win connects the dots between the way we shop, the way we organize, and the way we play, and why some people are rich, some are poor, and how we seemed to get stuck there.
(11468 views)

This Blue Ball
by Wayne Miller - thisblueball.com , 2005
From an unearthly distance, earth seems blue. Life seems predictable because we live backwards. This novel tells of a contact with an extraterrestrial intelligence and illuminates the confluence of a handful of lives though this alien light.
(9000 views)

Looking Backward: From 2000 to 1887
by Edward Bellamy - Shawmut College , 2000
One of the greatest and most widely read of the utopian novels. It is the story of a young gentleman from Boston who mysteriously wakes from a sleep of over a hundred years to find himself transplanted to a utopian world of prosperity and harmony.
(11339 views)

Eye of the Ocean
by Laurel Hickey - 2morrow press , 2000
A sci-fi/fantasy novel trilogy. Thirty-five years ago, the Empress Cassa did 'something' and turned a good chuck of the palace - and herself - to granite. Of course, nobody thinks she's really dead. And nobody thinks she's still quite human either.
(13046 views) 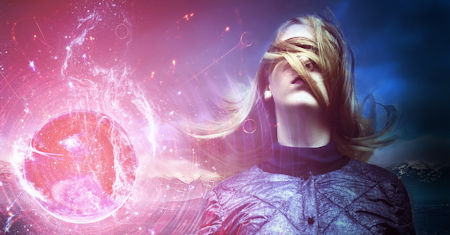