Advanced Topics of Theoretical Physics I: The electronic structure of matter
by Peter E. Blöchl - TU Clausthal , 2013
This book provides an introduction into the quantum mechanics of the interacting electron gas. It aims at students at the graduate level, that already have a good understanding on one-particle quantum mechanics. My aim is to include all proofs ...
(8135 views)

Geometry and Topology in Electronic Structure Theory
by Raffaele Resta - University of Trieste , 2012
From the table of contents: Introduction; Early discoveries; Berry-ology (geometry in nonrelativistic quantum mechanics); Manifestations of the Berry phase; Modern theory of polarization; Quantum metric and the theory of the insulating state.
(10147 views)

Computational Electronic Structure Theory
by Patrick Rinke - Fritz Haber Institute , 2011
The ever growing field of Computational electronic structure theory combines theoretical physics and chemistry, math and computer science. The goal is to have a theory that accurately and reliably predicts material properties from first principles.
(10279 views) 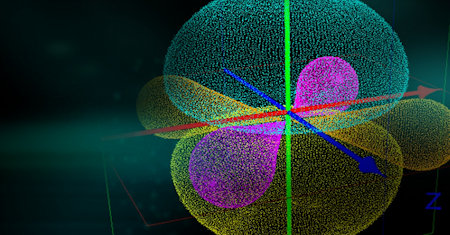