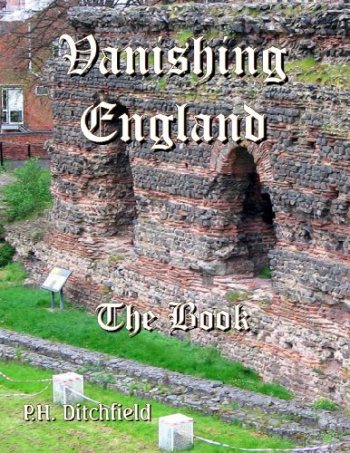 Description:
This book is intended not to raise fears but to record facts. We wish to describe with pen and pencil those features of England which are gradually disappearing and to preserve the memory of them. It may be said that we have begun our quest too late; that so much has already vanished that it is hardly worth while to record what is left.

The Picturesque Antiquities of Spain
by Nathaniel Armstrong Wells - Project Gutenberg
Some accounts of the author's travels in Spain. Described in a series of letters, with illustrations, representing moorish palaces, cathedrals, and other monuments of art, contained in the cities of Burgos, Valladolid, Toledo and Seville.
(11440 views)

Designing Paris: The Architecture of Duban, Labrouste, Duc, and Vaudoyer
by David Van Zanten - The MIT Press
The book explores the revolution in French architecture that began around 1830 under the leadership of Felix Duban, Henri Labrouste, Louis Duc, and Leon Vaudoyer. It shows how these four architects dominated their profession during the Monarchy...
(1757 views)

Cathedral Cities of Spain: 60 reproductions from original water colours
by W. W. Collins
Probably the most interesting moments of the trip abroad by the architectural students are those spent in sketching bits of interest in water color. Nothing is so helpful, so reminiscent as these same notes of color when viewed in alter years.
(15514 views)