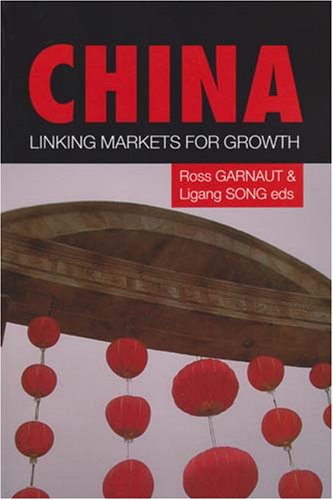 Description:
In sustaining its strong economic growth, China has become one of the world’s most voracious consumers of energy. The challenge now facing the government and people of China is in achieving cooperation with the international community to avert the costs of accelerating energy consumption. This book gathers together leading scholars on China’s economic success and its effect on the world economy into the next few decades.

The Bubble That Broke the World
by Garet Garrett - Ludwig von Mises Institute
This book blows away the conventional interpretations of the crash of 1929, not only in its contents but that this book exists at all. It ascribes the crash to the pile of up debt, which in turn was made possible by the Fed printing machine.
(9068 views)

The Morality of Capitalism: What Your Professors Won't Tell You
by Tom Palmer - Smashwords
This book is about the moral justification of what philosopher Robert Nozick called 'capitalist acts among consenting adults'. It's about the system of cooperative production and free exchange characterized by the predominance of such acts.
(3824 views)

The Global Economic Crisis: Systemic Failures and Multilateral Remedies
- UNCTAD
The report highlights the areas in which the global economy experienced systemic failures. UNCTAD examines some of the problems to be tackled immediately because they can only be addressed through recognition of their multilateral dimensions.
(13606 views)

A Short History of American Capitalism
by Meyer Weinberg - New History Press
The goal of the book is to enable ordinary readers to understand that the economy we live in operates primarily to the advantage of those with a specific interest in profit. The benefit of the system for large numbers of Americans is recognized.
(6116 views)