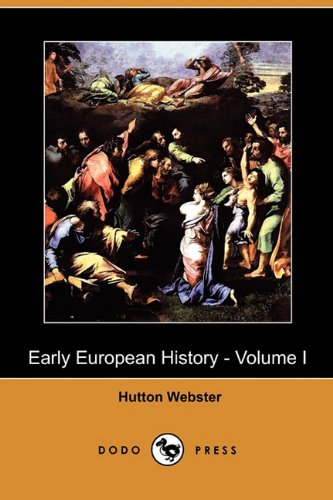 Description:
This book aims to furnish a concise and connected account of human progress during ancient, medieval, and early modern times. It should meet the requirements of those high schools and preparatory schools where ancient history, as a separate discipline, is being supplanted by a more extended course introductory to the study of recent times and contemporary problems.

Chronicles of the House of Borgia
by Frederick Rolfe - G. Richards
From 1455 to 1572, Borgia sprang to the pedestal of fame ; leaping at a bound, from little bishoprics and cardinalates, to the terrible altitude of Peter's Throne ; producing, in those few years, two Popes, and a Saint and General of Jesuits.
(10306 views)

Witch, Warlock, and Magician
by W. H. Davenport Adams - J. W. Bouton
The author gives a general introduction to alchemy in Europe and traces the development of magic and alchemy in England from the fourteenth century onwards. Adams established himself as a popular science writer, translator and lexicographer.
(7581 views)