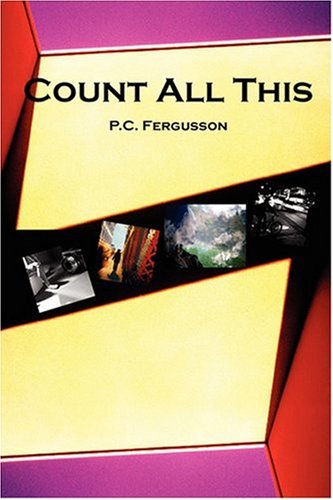 Count All This
by P. C. Fergusson

Description:
Eddy's struggle with schizophrenia begins in a men's bathroom at a local junior college and carries him to the deepest recesses of the human mind. In the midst of his descent, Jo is diagnosed with breast cancer. Count All This is a story of love, madness, death, family loyalty and the primal bond between mothers and sons. Set in the frightening landscape of mental illness and physical disease, Count All This is a story of survival.

The Bog Monster of Booker Creek
by Wayne V. Miller
In an extended letter to his son ten years in the future, John Densch chronicles how he and his family slid into a media circus, one in which a middle-school science project became a national joke. The joke takes an ominous turn.
(8060 views)

Renegade Robot
by Tom Lichtenberg - Smashwords
It's the end of the world as we know it when a renegade robot leads the Frantic News Network and a powerful Christian sex cult to collide in a fiery orgasmic freak out, a Singularity event most fitting for these times of constant hysteria.
(10691 views)

Confessions of an Eccentric Old Man
by Sholder Greye
A dying alchemist's memoir. Having lived for centuries, pursuing the truth of all things through half-baked whimsical notions, progressing not a whit toward his goal, he walks proudly into whatever shall come with nary a glance over his shoulder.
(6741 views)

Tokyo to Tijuana: Gabriele Departing America
by Steven Sills - Project Gutenberg
This novel contrasts a silent and overt rebellion. Sang Huin is a Korean American teaching English in Seoul, struggling to exist and understand the language of a culture that seems surreal to him, and yearning for family ...
(6513 views)