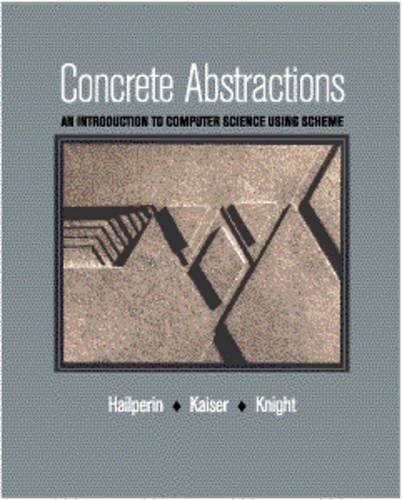 Description:
This text covers the basics of programming and data structures, and gives first-time computer science students the opportunity to not only write programs, but to prove theorems and analyze algorithms as well.

Foundations of Computation
by Carol Critchlow, David Eck - Hobart and William Smith Colleges
The book covers material on logic, sets, and functions that would often be taught in a course in discrete mathematics. The second part covers automata, formal languages, and grammar that would ordinarily be encountered in an upper level course.
(10114 views)

The Fourth Paradigm: Data-Intensive Scientific Discovery
by Tony Hey, Stewart Tansley, Kristin Tolle - Microsoft Research
The Fourth Paradigm, the collection of essays expands on the vision of pioneering computer scientist Jim Gray for a new, fourth paradigm of discovery based on data-intensive science and offers insights into how it can be fully realized.
(13354 views)

Introduction to Computer Science using Java
by Bradley Kjell - Central Connecticut State University
The text for a first course in computer science using the programming language Java. It covers the fundamentals of programming and of computer science. It is assumed that you have the Java version 5.0 or later and a text editor such as Notepad.
(21697 views)