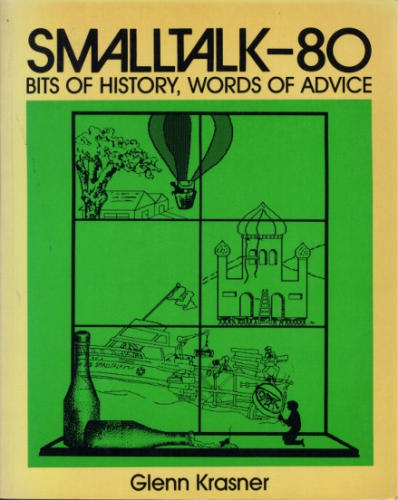 Description:
This book first describes the incredibly exciting history of how Smalltalk was built from scratch. It then goes on to show the way in which Smalltalk was made public. These papers are an invaluable source of information for any Smalltalker. They range from overall design issues down to statistics on the work of the VM and image contents.

Computer Programming using GNU Smalltalk
by Canol Goekel - Lulu.com
This book tries a different approach for teaching introductory computer programming than most other books by choosing Smalltalk as the programming language. A language which is mature and powerful yet not as widely used as some popular alternatives.
(11194 views)

The Art and Science of Smalltalk
by Simon Lewis - Prentice Hall
This practical book provides an effective introduction to programming in Smalltalk, and explains the most efficient ways to think about and work with the system. The demystifies the transition from conventional programming to Smalltalk.
(15210 views)

Squeak by Example
by O. Nierstrasz, S. Ducasse, D. Pollet, A. Black - Lulu.com
Squeak is a modern, open source, fully-featured implementation of the Smalltalk programming language and environment. This book presents the various aspects of Squeak, starting with the basics, and proceeding to more advanced topics.
(12782 views)

Smalltalk: An Introduction to Application Development Using VisualWorks
by Trevor Hopkins, Bernard Horan - Prentice Hall
A complete guide to Smalltalk-80, containing everything a user should know to start constructing applications. A very important language for those interested in object-oriented programming, one of the hot areas in software engineering.
(12070 views)