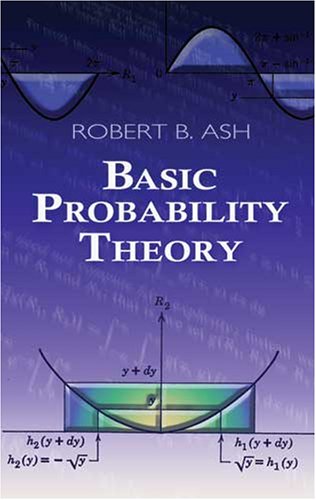 Random Graphs and Complex Networks
by Remco van der Hofstad - Eindhoven University of Technology
These lecture notes are intended to be used for master courses, where the students have a limited prior knowledge of special topics in probability. We have included many of the preliminaries, such as convergence of random variables, etc.
(7418 views)

A Philosophical Essay on Probabilities
by Pierre Simon Laplace - Chapman & Hall
Classic book on probability theory. It demonstrates, without the use of higher mathematics, the application of probability to games of chance, physics, reliability of witnesses, astronomy, insurance, democratic government, and many other areas.
(15087 views)

Probability Course
by Gian-Carlo Rota - David Ellerman
In 1999, Gian-Carlo Rota gave his famous course, Probability, at MIT for the last time. The late John N. Guidi taped the lectures and took notes which he then wrote up in a verbatim manner conveying the substance and the atmosphere of the course.
(3940 views)