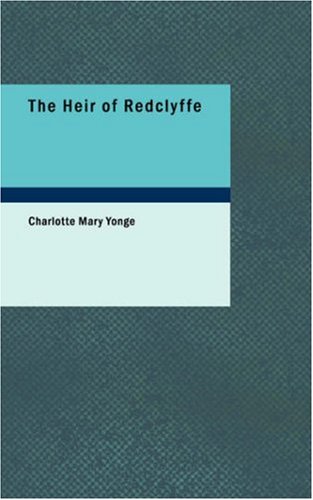 The Heir of Redclyffe
by Charlotte M. Yonge

Description:
First published in 1853, The Heir of Redclyffe was the most successful novel of the century. The protagonist, Guy, was a popular role model of noble virtue, while another character, Amy, was seen as the ideal Victorian wife -- redeemer and inspirer, supporter and guide. This novel is a virtual paradigm of the trends of thought which marked the middle decades of the nineteenth century.

Memoirs of Fanny Hill
by John Cleland - Project Gutenberg
Fanny Hill has been shrouded in controversy for more than 250-years, and banned in the US until 1966. Once considered immoral, even earning John Cleland a jail sentence for obscenity, the story of a young prostitute is today a best selling novel.
(13640 views)

Gulliver's Travels
by Jonathan Swift - Temple Press
Four fantastic voyages of Gulliver, a ship's surgeon, an observer, a reporter, and a victim of circumstance. His travels take him to Lilliput where he is a giant observing tiny people. The novel was first published in 1726, yet still valid today.
(25726 views)

The Iliad and The Odyssey
by Homer - J. Johnson
Stories of love and war, hope and despair, and honor and glory, as relevant today as they were 2500 years ago. These two books are some of the most important books in the literary cannon, having influenced virtually every adventure tale ever told.
(16135 views)

Le Morte D'Arthur
by Sir Thomas Malory - Macmillan
The legends of King Arthur and his knights of the Round Table inspired this great work of literature. The tales, steeped in the magic of Merlin, the powerful cords of the chivalric code, and the dramas of love and death, resound across the centuries.
(18451 views)