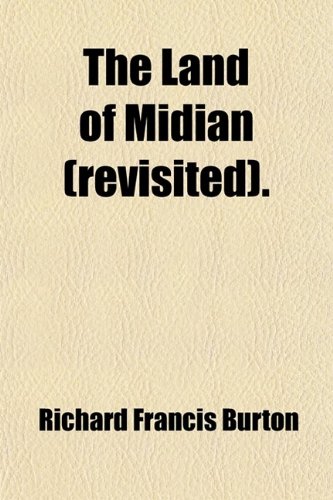 The Land of Midian
by Richard F. Burton

Description:
Sir Richard F. Burton was an English explorer, translator, writer, soldier, orientalist, ethnologist, linguist, poet, hypnotist, fencer and diplomat. He was known for his travels and explorations within Asia and Africa as well as his extraordinary knowledge of languages and cultures.

Afghanistan: The Soviet Invasion and the Afghan Response, 1979-1982
by Mohammed Kakar - University of California Press
Every ninth Afghan had died, every seventh has been disabled, every third had fled abroad: this book reveals the true horror of this unfortunate conflict. The author is an Afghan historian who has studied Afghan society, culture, and politics.
(11876 views)

Travels in Arabia
by John Lewis Burckhardt - eBooks@Adelaide
Burkhardt is amongst the few westerners to have gained access to the holy cities of Mekka and Medina. He describes in great detail his travels, the trials and tribulations he faces, and the politics and livelihoods of the various tribes.
(4923 views)

Occupying Iraq: A History of the Coalition Provisional Authority
by James Dobbin - RAND Corporation
The American engagement in Iraq has been looked at from many perspectives: the flawed intelligence that provided the war's rationale, the failed effort to secure an international mandate, the rapid success of the invasion, etc.
(10692 views)