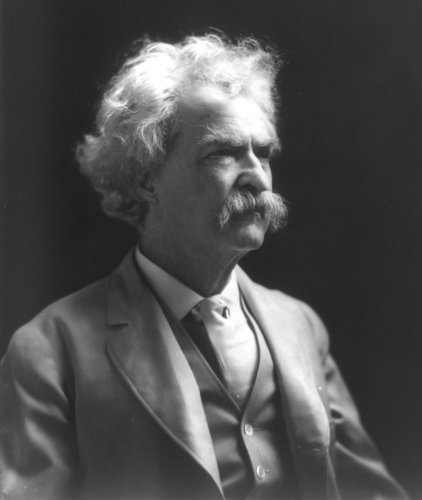 Description:
Biography of the classic American humorist, satirist, lecturer and writer. Twain is most noted for his novels Adventures of Huckleberry Finn, which has since been called the Great American Novel, and The Adventures of Tom Sawyer. He is also known for his quotations.

Dangerous Intimacy: The Untold Story of Mark Twain's Final Years
by Karen Lystra - University of California Press
The last years of Mark Twain's life are sadly familiar: crippled by losses and tragedies, american humorist sank into a deep depression. This book recovers Twain's final years as they really were--lived in the shadow of deception and prejudice.
(14433 views)

Voltaire
by John Morley - The Macmillan Company
The existence, character, and career of this extraordinary person constituted in themselves a new and prodigious era. The peculiarities of his individual genius changed the mind and spiritual conformation of France, and of the whole of the West.
(8510 views)

The Life of Charlotte Bronte
by Elizabeth Gaskell - Smith, Elder & Co.
Elizabeth Gaskell's biography of her close friend recounts Charlotte Bronte's life from her childhood, through her years as a writer who had 'foreseen the single life' for herself, to her marriage at thirty-eight and death less than a year later.
(12797 views)